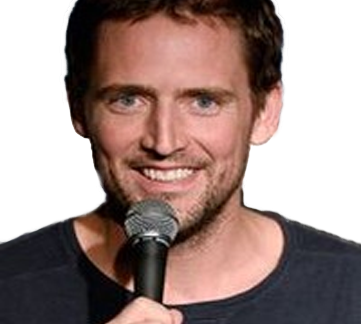 Don’t miss out on seeing Owen LIVE with a one of a kind stand up comedy show you’ll never forget!

Owen Benjamin is a stand-up comedian and actor. His first television appearance was a cast member of the show Punk’d. From there Adam Sandler put him in “I now pronounce you Chuck and Larry,” “The House Bunny,” “Jack and Jill.” He has appeared on The Tonight Show with Jay Leno, Fallon, & Nick Swardson’s Pretend Time. He was featured in two stand-up specials with Comedy Central (CC presents Owen Benjamin and “High Five til it Hurts.” New wave produced his third special “Huge Pianist,” and he self Produced “Feed the Bear” available at hugepianist.com He was on the Sit-Com “Sullivan and Son” for three years and toured with Vince Vaughn’s ‘Wild West Comedy Show.”

Owen is a man of integrity, standing up for his beliefs and willing to ask the hard questions with his unique comedy style. Although controversial with his approach, it’s refreshing that he is a man that will stand up for the truth no matter what the cost.

Owen lives in Gig Harbor, Washington and is married to Amy with two sons.

Get ready to laugh and think with Owen’s 2-Hour Comedy Show! Comments